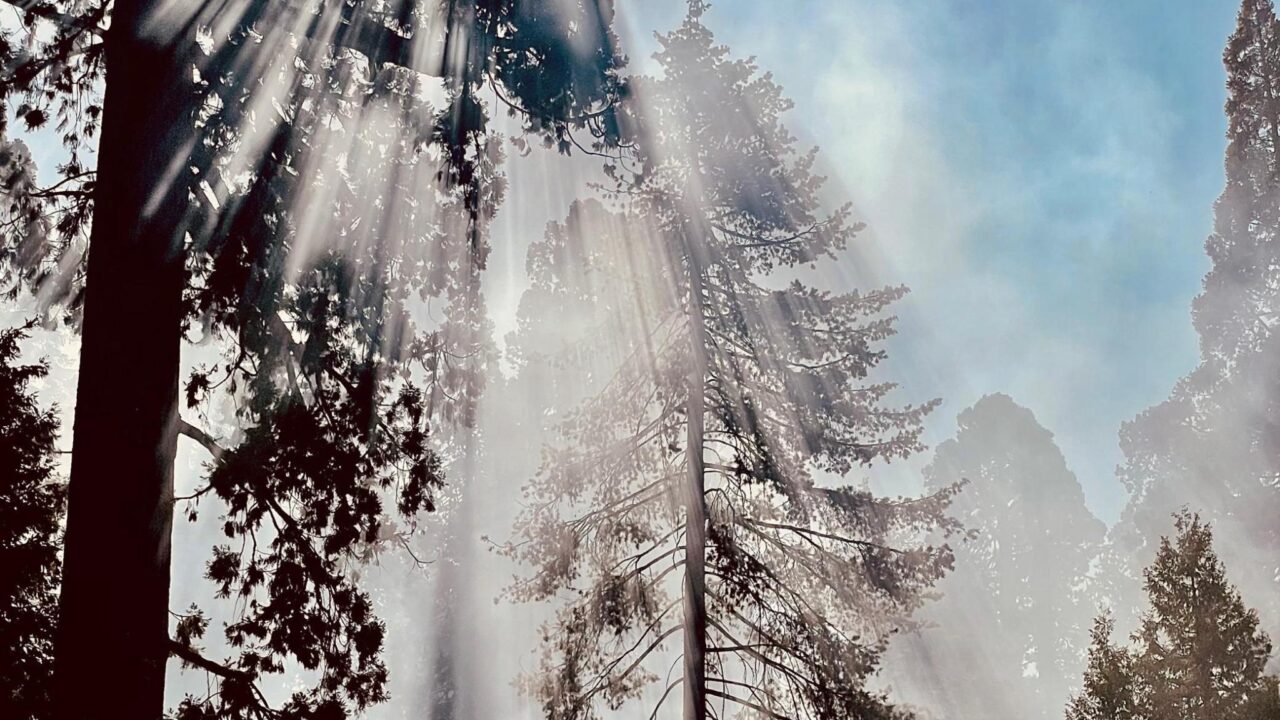 On September 9, 2021, a lightning storm passed through Three Rivers sparking three fires. One on Case Mountain was extinguished quickly. Two others, the Colony Fire and the Paradise Fire, named for local landmarks, merged to became what was called the KNP Complex fire. In addition to burning thousands of acres of forest in the Sequoia and Kings Canyon National Parks, the southern edge of the fire complex came quite close to town.

The park was closed to the public and California state highway 198 (Sierra Drive) was closed at Mineral King Road, blocking access to our facilities. In addition an evacuation order was issued that encompassed the area in which Totem Market is located. So we were closed until the immediate threat of fire was alleviated and the closure orders were lifted.

Totem Market is open again, the fire is mostly contained as of this writing, and you can safely return for a visit. We thank all those, nearly 2,000 personnel at peak, who helped save Three Rivers from any fire damage.